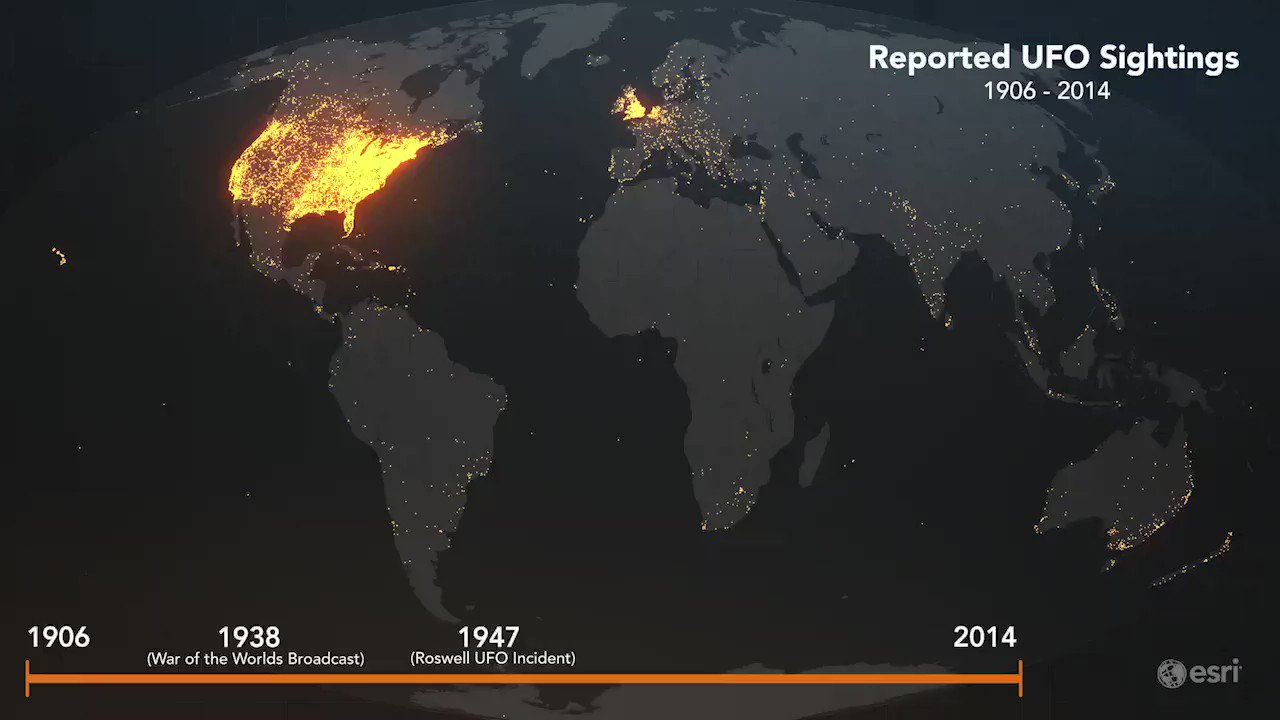 UFO sightings are a common topic in the American folk culture. They have also become a popular subject in science and the media. However, it is unclear whether or not they are true, or are simply a part of our imaginations. This article discusses what these mysterious objects are and how they are tied to celestial and terrestrial phenomena.

UFOs are a part of American folk culture

Almost since the beginning of time, reports of UFOs have been making their way through American folk culture. The government has long dismissed them as mere Earthly objects. But the culture of dismissal is not universal, and other nations are openly discussing or supporting the idea of extraterrestrial life.

In addition to being a part of American folk culture, the phenomenon has also become a subject of conspiracy theories. Some suggest that our governments are conspiring with extraterrestrials to cover up their presence. Other conspiracy theories suggest that our technological advancements have been directly linked to the presence of extraterrestrial life. In a recent report, the Pentagon acknowledged 140 UFO sightings in the United States since 2004.

One researcher, Luis Elizondo, was a counterintelligence officer for years. He worked in the Office of the Undersecretary of Defense for Intelligence and Security. When asked about UFOs, he replied, “I’ve never thought about it.” Then, someone asked him to join a group dedicated to studying UFO sightings.

Although UFOs have been reported all throughout history, their cultural importance started to grow after World War II. The Space Age increased sightings and they took on a new relevance. In the late twentieth century, the US government and various groups began to investigate UFO reports.

They are a subject of popular media

While UFOs have been a popular topic in popular media for many years, recent sightings are less common than in the past. This decrease in sightings may not mean that the UFO phenomena is dead. In fact, the UFO phenomenon may be regaining its popularity in the U.S. thanks to the UFO project that is currently underway in the Pentagon. This project rekindled public interest in the subject of UFOs, which in turn led to increased media coverage of sightings.

The first sightings of UFOs were reported in 1947, when a civilian pilot named Kenneth Arnold reported seeing nine flying discs near Mount Rainier. Arnold claimed to have seen them in a saucer-like formation and estimated that they were traveling at several thousand miles per hour. The story was reported by the East Oregonian and Hearst International, which released a press release that depicted flying saucers. In the weeks that followed, hundreds of sightings were reported. While many reports were hoaxes, some were genuine.

Various governments have conducted investigations and provided extensive records on UFOs. However, most of these investigations were ultimately fruitless. The CIA sponsored the Robertson Panel, the U.S. military investigated green fireballs from 1948 to 1951, and the Battelle Memorial Institute investigated UFOs for the USAF from 1952 to 1955.

They are a subject of scientific research

Despite the lack of scientific proof, UFO sightings continue to attract interest from enthusiasts and scientists alike. Governments have conducted a number of investigations and produced extensive records, but many of these investigations have ended without any conclusive results. Among these government-sponsored investigations are the Robertson Panel and the Battelle Memorial Institute, which studied UFOs for the USAF from 1952 to 1955.

While UFO sightings have always fascinated conspiracy theorists, the topic has recently attracted the attention of NASA. According to the space agency, there are no scientifically documented cases linking UFOs to extraterrestrial life. The agency, however, is trying to make the phenomenon easier to explain.

A second committee was established at the request of the Air Force to examine the most interesting material from Project Blue Book. This committee studied 59 UFO sightings and published its findings as the Scientific Study of Unidentified Flying Objects (also known as the Condon Report), named after its chair, physicist Edward U. Condon. The report was reviewed by a special committee of the National Academy of Sciences. In all, 37 scientists wrote chapters or parts of chapters for the report. The project’s results indicate that UFOs are real, but the evidence is not strong enough to prove the existence of aliens.

The term “unidentified aerial object” has become more widely used in popular and technical literature. The phenomenon gained a great deal of attention during the Cold War, associated with heightened national security concerns. Even though UFOs are not a threat to human life, they are still a subject of intense debate, and the stigma surrounding them can impact a researcher’s career.

They are often tied to terrestrial or celestial phenomena

UFOs are not merely unidentified aerial objects; they are also often linked to celestial phenomena such as meteors, meteor showers, and even fireballs. While these phenomena can be very bright and appear far away, they are only forty to fifty miles high, or less in some cases. This issue is also present in observations of “ufos”. Our perception of distance is often all in our heads when we are viewing an unknown phenomenon, and if the object is luminous and in formation, we are likely to believe it is a large, distant object.

As a result of the many UFO sightings reported, the United States government has begun an investigation into these phenomena. This investigation is known as Project Sign, and was started by the Air Force. At the time, researchers thought that the objects were probably Soviet aircraft. However, there were some who suggested that the objects might actually be extraterrestrial.

Another case involving UFOs was made in 1947 when a civilian pilot reportedly reported nine high-speed objects flying near Mount Rainier. The objects were believed to be saucer-shaped and moving at a speed of several thousand miles per hour. The pilot also claimed that the objects were skipping on water, and a newspaper article attributed their appearance to a saucer.

They are a source of fascination for many

Recent developments in the UFO industry have revived interest in these mysterious craft. In December, a video of a UFO sighting made by US Navy pilots hit the front page of the New York Times. The Navy confirmed that the footage was authentic, and it also published a report about it in the New Yorker.

UFO sightings have fascinated humans for decades. Some sightings are easy to explain, while others are enigmatic. For example, in Kalispell, a person saw a Tic-Tac-shaped object flying in the sky. A similar incident in Hamilton, Ohio, involved a triangular craft with red lights.

UFO sightings have been reported in Australia, although the number of Australian reports is nowhere near that of UFO sightings in the U.S. Despite this, a recent poll indicated that 44% of Australians believe in the existence of alien civilizations. According to Rebecca Allen, a project coordinator at the Swinburne University of Technology, Australia, and UFOs, there is a strong connection between UFOs and science fiction.

Many UFO sightings have prompted researchers to investigate the origins of these phantom objects. Some researchers have concluded that the UFOs were from outer space. While most sightings could be attributed to meteorological phenomena, a few reports had an unexplainable origin. The findings of this study suggest that these objects may have been guided by natural or artificial intelligence.

They are documented by the National UFO Reporting Center

Since its founding in 1974, the National UFO Reporting Center (NUFORC) has documented over 90,000 sightings. Though most of these reports can be attributed to weather balloons, military tests, and terrestrial activity, there are many sightings that remain mysterious.

Since 2010, there has been a consistent rise in reported sightings in Massachusetts. The National UFO Reporting Center has collected over 1,800 reports from this state, the majority of which have occurred within the past decade. While the UFO phenomenon remains a mystery, the United States government has taken UFOs seriously.

NUFORC collects and documents sighting reports from people around the world. The center’s website boasts a database of over 90,000 sightings. The NUFORC also has chapters that investigate individual sightings. It’s important to note that UFO sighting reports must be submitted to the center to be published.

Until recently, photographs were the main source of UFO evidence. But during the 1990s craze, video evidence became more significant. Home videos of glowing objects in the sky often made it to television shows. This served to feed an audience hungry for conspiracy theories and amazement.

According to the National UFO Reporting Center, Washington has the highest percentage of reported sightings in the country. As a result, the NARC has received almost 140,000 sighting reports in the past 20 years. However, the organization does not make any claims about the validity of the reports.