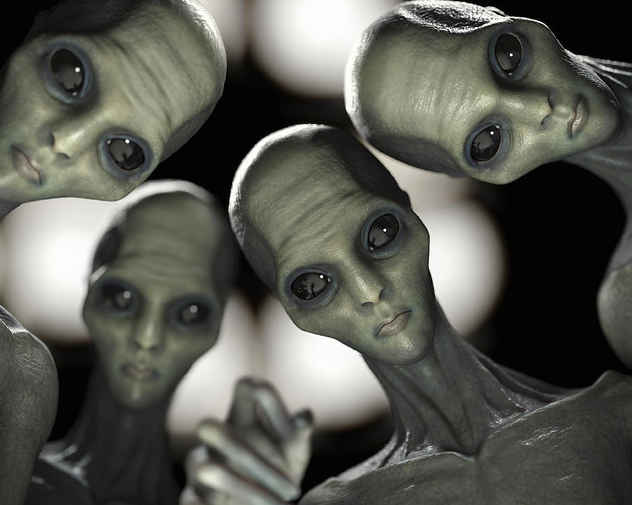 The Barney and Betty Hill alien abduction case is one of the most well-known of all UFO cases. Both of them were ardent believers in UFOs and avid readers of science fiction. Betty was so convinced that she called her sister, saying that she saw a flying saucer. After this incident, Betty started to have nightmares, which led her to believe that she had been abducted.

After their story became public, Betty and Barney Hill became pop culture figures. Their book, magazine excerpts, and television appearances fueled a worldwide fascination with the phenomenon. Today, the Hill’s niece, Kathleen Marden, talks about her lifelong quest to discover the truth behind the alien abduction cases.

In 1973, Betty and Barney Hill drove home from work in Portsmouth, New Hampshire, when they were allegedly abducted by extraterrestrials. The Hill’s were active in the civil rights movement and the community. During their ride home, they noticed a bright object following their car. When they returned home around five in the morning, they immediately suspected something terrible had happened.

The Hill’s abduction case was made famous after their husband’s death in 1969. After Barney’s death, Betty continued to conduct research on the subject of UFOs. Betty also remained an active civil servant in her seacoast New Hampshire community. She was a member of the Unitarian church and the NAACP.

In the UFO organization’s investigation, Klass discovered an earlier polygraph test conducted on Walton. The examiner, Jack McCarthy, called the story of Travis Walton a “gross deception” and said Walton had used polygraph countermeasures. The case of Travis Walton has sparked a debate about the reliability of lie detector tests.

The Travis Walton case began on November 5, 1975, in the Apache-Sitgreaves National Forest. Walton and six other men working on government contracts reportedly witnessed a luminous disc. They left their pickup truck to get a closer look. The object was bright blue and seemed to be a disc.

Travis Walton and Duane Walton were brothers who had spent time talking about UFOs and had an agreement to help each other if someone else was abducted. The case became a focus for a new series of Alien Abduction specials on Discovery+. The shows explore the evidence, including newly discovered forensic technologies, to examine cases like Travis Walton.

In the 1950s, a young American soldier was caught up in a bizarre saga. He was captured during a night drive through the vast desert of Utah. At the time, Private First Class Bernard G. Irwin was a soldier assigned to Fort Bliss, Texas.

On one such day, he was driving back from a leave of absence. He was passing Cedar City, Utah, when he noticed a glowing object in the sky. The object was large enough that he decided to get out of his vehicle and take a better look. He was sure that he had seen an airplane making a forced landing. But when he got closer, he realized that the strange object was not a plane.

A Fish and Game Inspector saw Irwin’s note and took it to the Cedar City Sheriff’s Office. Sheriff Otto Pfief and his team of investigators immediately went out to find him. They found Irwin unconscious in an area, but there were no signs of a plane crash. After some time, he was examined by Dr. Broadbent.

Researchers have studied the role of REM sleep in cases of alien abduction. During this sleep stage, the brain undergoes desynchronisation between cognitive and physiological processes. As a result, the person who experiences this condition is unable to move for a few seconds. In addition, those who experience it report seeing alien-like creatures and experiencing fear. Furthermore, they are often able to recall details of these encounters. Some of them even report that they felt levitated or buzzed.

However, the experiences reported in these cases were often similar to those of people with near-death experiences. They involve the same area of the brain, including visual sensations, feeling of leaving the body, and feelings of immense meaning. Some participants also reported being sexually contacted or simulated.

REM sleep also plays a role in lucid dreams. This means that the person is aware that he is dreaming. In one experiment, the researchers asked subjects to try and summon aliens or UFOs. They were able to achieve this goal in 114 of the 152 volunteers. This means that the phenomenon could be replicated in real life.

This phenomenon occurs in some people who believe they were abducted by aliens. However, it is difficult to determine whether they experienced an actual abduction. In the United States, abduction stories have been reported since the early 1960s. The encounters often take place in the nighttime. The subjects are returned home afterward. While these experiences may be frightening, they are not indicative of mental illness.

Abduction cases are a relatively common occurrence in the West. They typically occur during the night and often involve physics-defying experiments. Many abductees also report having sexual intrusions. Their experiences are often traumatic, and they may seem like delusions.

Recent studies suggest that hallucinations may play an important role in these abduction cases. According to neuroscientist Michael Persinger of Laurentian University in Canada, an increased amount of activity in the temporal lobes may explain paranormal experiences. Magnetic fields can also stimulate the temporal lobes, which can result in hallucinatory experiences.

While some abduction cases have no evidence, others have a purely mystical explanation. In the Budd Hopkins case, a family’s experience is similar in several respects. A hypnotherapist may help them recall specific events, but it does not imply that they are lying or plotting. The other family members who reported the experience do not deny their experiences. They say they have seen aliens and were abducted by a mysterious force.

A few alien abduction cases involve hallucinations. One such case involves a cyclist who collapsed after an 83-hour bike race and then reported experiencing an alien presence. He also described seeing alien probes on his forehead.

One of the most common reports of alien abduction involves people suffering from sleep paralysis. This is a condition that causes cognitive and physiological desynchronisation, making it impossible to move for a few seconds. Often, people will experience specific hallucinations such as flashing lights, buzzing sounds, electrical tingling sensations, or levitation during this state. Some people also experience visual hallucinations.

The phenomenon is often associated with shamanism and dream interpretation, but it is not strictly linked to these phenomena. Many alien abduction victims have described this condition as being caused by a presence in their dreams, which they claim is malevolent. Some even believe they saw a giant devil, or were abducted by an extraterrestrial being.

Other alien abduction stories have been linked to false memories. These people may have watched a movie that depicted alien abduction or some other strange creatures. They may then incorporate this memory into their abduction experience. However, they may not know the original source of the memory, and they may glue together fragments that fit together.

Researchers have estimated that a small percentage of abduction reports contain errors. This could be due to the alleged alien abductors not putting the experiencer in the same spot where they abducted them, or putting the person’s clothes on the wrong way. But some cases have been unaffected by these apparent errors.