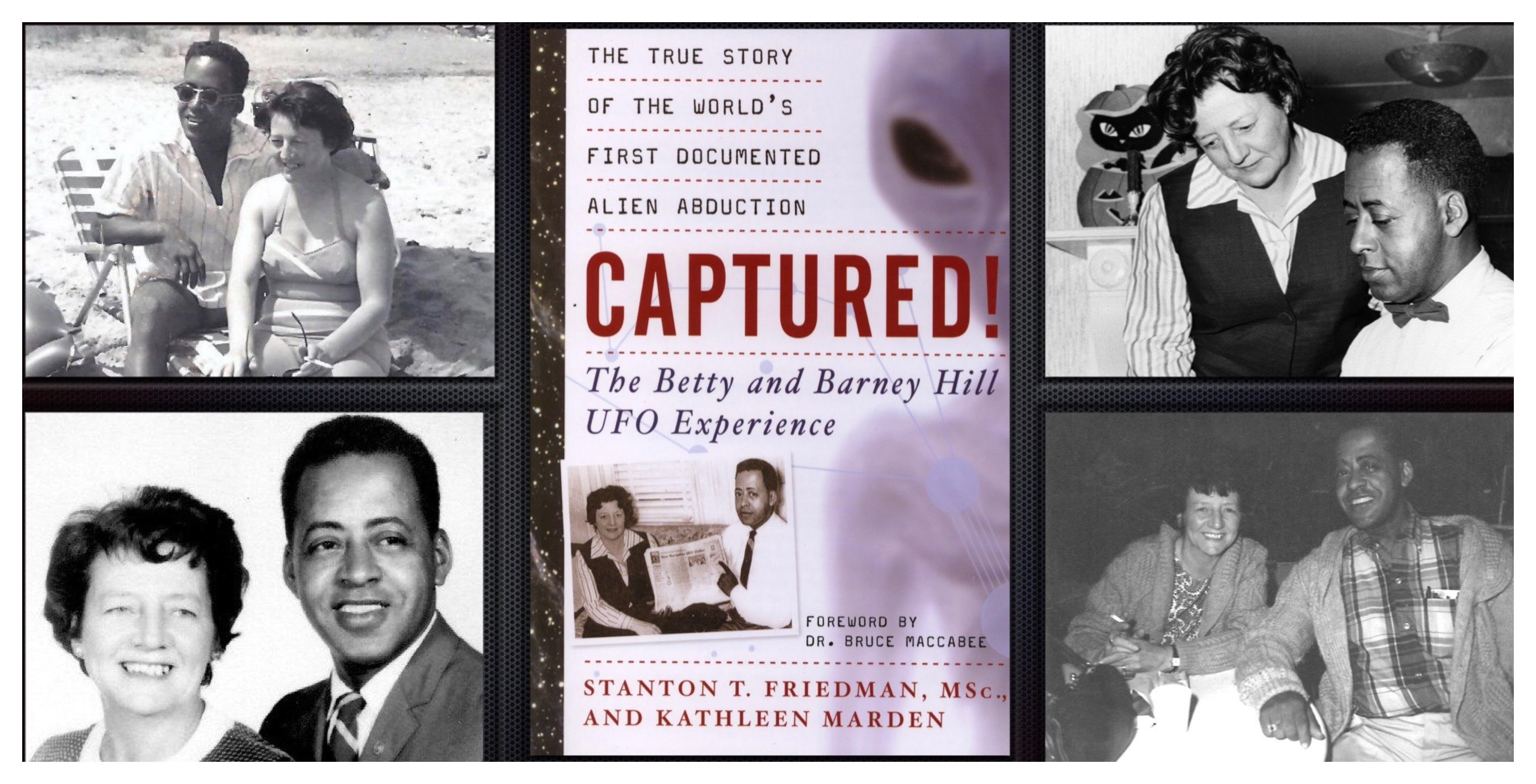 Aliens abduction claims have been around for decades. They first gained international prominence in the 1950s and 1960s. However, some researchers argue that the narratives may have been around for decades before that. In this article, we will examine some of the evidence for abduction claims. We will also look at the origins of the alien abduction stories, and explore psychopathology among some abductees.

Some evidence of alien abduction cases can be confusing. In some cases, abductees report being taken on a tour of their captors’ ship, but the experiences are usually traumatic and they can’t remember much about it after the abduction. Others report being taken back to their original location, often with new injuries and disheveled clothing.

In one study, a psychologist named Richard McNally and colleagues recruited ten abductees who described encounters with aliens. They found that seven of them claimed to have been abducted, had their sperm or eggs extracted, or had direct sexual contact with the aliens. While these reports are not yet official, they suggest a connection.

While the details of these abductions vary, one thing is certain: these experiences were real. The abductees who have reported these experiences claim that they were more real than their dreams. This is consistent with their belief that an alien is visiting them. Moreover, abductees often report feeling “dragged” into the sky by a bright light. Some have compared this feeling to the vividness of vision in daylight.

However, most scientists deny that abduction cases involve aliens. Some researchers believe that most abduction stories are the products of abnormal psychological states, including fantasy-prone personalities, false memory syndrome, sleep paralysis, and other psychological conditions. Furthermore, there are several theories about the government’s role in abduction cases.

Some alien encounters have become famous. For instance, the Antonio Villas Boas alien abduction case took place in the mid-1950s, but received little attention until decades later. Another case involving Betty and Barney Hill in 1961 became a sensation, generating widespread publicity and culminating in a made-for-television film broadcast in 1975. While Hill’s story is perhaps the most famous and widely known case, it was also the first one to describe aliens in a scientific way.

Although the government has been denying the existence of aliens, a large number of people have contacted aliens and have gone on to have an encounter. These encounters have varied from a night-time visit to a full-blown abduction. In some cases, abductees have even developed sexual relationships with the aliens and produced hybrid offspring. Some abductees claim to have received important information about the Earth.

Psychopathology in some abductees

Psychopathology has been identified in some alien abductee cases, and this can lead to a different interpretation of the events. For example, one study found that sleep paralysis is common in some cases. Others reported auditory or tactile hallucinations, and in some cases, they felt a pressure on their chest. Psychologists have speculated that these phenomena may be connected to a supernatural context.

Mack’s work is a logical extension of his earlier work, which focused on the phenomena. His book, Abduction: A Psychiatrist Examines the Cases of 13 People Who Report Abductions, was released in 1994, and was followed by a follow-up book, Passport to the Cosmos, in 1999. His previous work on this topic included studies of T. E. Lawrence, suicide, and nuclear warfare, as well as alien abduction.

Mack’s research shows the importance of a person’s beliefs when dealing with alien abductees. He uses hypnosis to help victims recover memories. However, hypnosis does not produce objective memories. In fact, it strengthens false memories by leading the patient to imagine more detail. His study, however, does not prove the existence of alien abductees.

Some alien abductee cases involve psychopathology. A few examples of these cases include Betty and Barney Hill. In 1961, the Hill family claimed to have seen a UFO. The Hill’s story was published in APRO Bulletin and UFO Investigator. The Hill family complained about the misrepresentation of their experience, but their case was published anyway.

There are several theories about the origins of alien abduction stories. One of them is that the experience is the result of a lucid dream or hallucination. However, many scientists doubt this theory. Most abduction stories are not hallucinations, but are rather the result of abnormal psychological states, such as fantasy-prone personalities, self-hypnotic trances, or sleep paralysis. Nevertheless, a number of people still believe in the possibility of alien abductions.

The first known reported alien encounter happened in 1954 in Venezuela. The two teenagers who reported the incident claimed that they had come across an alien spaceship. They were attacked by small, hairy aliens and were able to beat them back with an unloaded rifle. They even claimed to have seen an alien vehicle in the sky and subjected to a series of bizarre medical tests.

Another common origin story is that of the Hills family. The Hills family’s abduction became the first publicized alien abduction story. It has been the basis for many abduction stories since then. In most stories, the abductee undergoes various experiments and returns home changed. Aside from the Hills family, there are also many other cases where the aliens took people to a different planet and altered their appearance in some way.

A number of recent studies have been published on the subject. David M. Jacobs has written several books on the subject. He has also published an illustrated reference called Faces of the Visitors. In addition, two other authors, Jenny Randles and Kevin Randle, have written articles that discuss the relationship between aliens and human beings.

Evidence of lucid dreams in some abductees

The experience of an alien abduction often feels like a dream. To test the hypothesis that such experiences are actually lucid dreams, researchers recruited 114 people who were lucid dreamers and asked them to actively dream about aliens. Those who succeeded at this task reported successful alien encounters.

The phenomenon of sleep paralysis has been noted throughout history and is believed to be linked to some reports of alien abductions. People who experience this condition often report noises, smells, paralysis, levitation, terror, and other bizarre experiences during their sleep. However, this explanation is not sufficient to account for the entire spectrum of alien abduction reports.

Lucid dreams are often characterized by being partially aware that one is dreaming and can manipulate the events of their dreams. Michael Raduga, the founder of the Phase Research Center, led a study to examine the phenomenon in some cases. He also suggested that lucid dreams are often related to psychosis.

Many alien abduction reports also include descriptions of tours of alien crafts and medical examinations. Some report traveling to planets or orbits around Earth. Some abductees find these experiences harrowing and terrifying. Others have described extensive medical testing and probing.

The evidence of lucid dreams is increasing in the field of paranormal activity. In one study, 114 volunteers reported dreaming about aliens. Of these, 61% reported encountering aliens that were reminiscent of aliens from science fiction movies. Another 19% reported encountering aliens who looked like ordinary people. In addition, 28% of the dreamers claimed they were taken into a UFO.

The first time an abductee claimed an alien experience, she was two and a half years old. She was visiting her grandfather’s home in Connecticut. Her mother was at the hospital, giving birth to her younger sister. She remembers an egg-shaped object in the sky. She asked her grandfather if there was an object over power lines. Then her grandfather told her it was time for bed.

While lucid dreams are not proof of alien contact, it does show that some of the cases involving alien abductions may involve AUEs. While the exact number of cases is difficult to determine, a majority of the cases are PS. Some cases involved AUEs that may be more realistic than the reality.