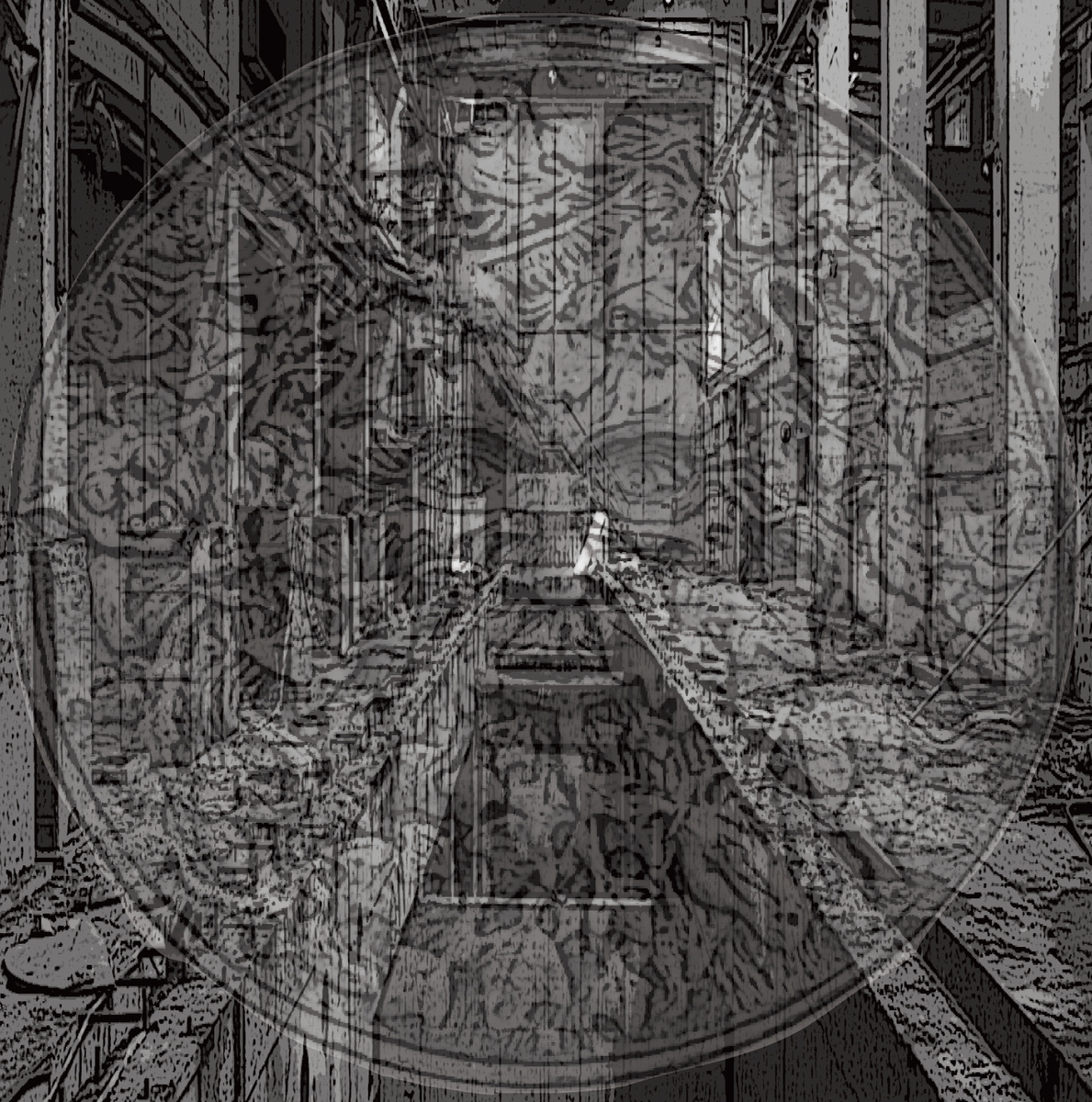 In the New Testament, we find many references to demonic possession. The Gospels, Luke, Matthew, and Mark, all speak of the phenomenon. Several passages in these accounts mention both sight and speech possessions, as well as diabolical possessions. Matthew 9:32 and Luke 8:2 mention that diabolical possessions can impair a person’s sight.

Demonic possession is a frightening and potentially dangerous experience. It may involve a person suffering from mental imbalance and physical harm. Some people may even experience a violent attack. The following are some characteristics of demonic possession. While these are not exclusive, they do apply to some situations. Here, we will look at a few common cases.

The possessed person may suffer from seizures, hallucinations, and violent behavior. They may also experience a supernatural presence or smell brimstone. They may experience unexplainable rage and may engage in lewd and sexual behavior. These symptoms may also occur in children or adolescents.

Demonic possession has been a source of great concern to the church for centuries. During the Middle Ages, anyone who displayed unusual behavior was often assumed to be possessed by the Devil. Possession was then considered a heresy, making the person under Demonic influence subject to trial, execution, or imprisonment. Theologians also said that Demons worked through witches and black magic. In some cases, possession caused a person’s health to decline rapidly and even death.

Other manifestations of demonic possession include physical afflictions such as seizures, blindness, and muteness. In one case, a woman was crippled by a spirit for eighteen years. Demons can also inhabit animals. Some demons have been documented to go to churches and synagogues to perform a miracle.

According to the Judeo-Christian Bible, there are two types of spirits, one benign and one malignant. While the devil is commonly associated with the New Testament, the Old Testament also mentions demons. Either type of spirit can influence a believer. In fact, Jesus, the son of God, was tempted by a malignant spirit.

Effects of demonic possession on man

The effects of demonic possession on man are very real and can affect a person in a wide variety of ways. These effects can manifest as physical pain and convulsions, hidden knowledge, prognostications, and bizarre behaviors. Some of these behaviors are similar to those of mental illnesses, but can be much more dramatic. If you suspect that someone you know may be suffering from demonic possession, it is essential that you seek a professional evaluation and diagnosis.

A common problem with demonic possession is the difficulty of treating the symptoms. While traditional medicine can help relieve the physical symptoms of demonic possession, it does not treat the underlying mental issues. A psychiatrist may be needed to assess the condition before offering a treatment plan. An exorcism is not appropriate for every case, but it can help the victim recover from the effects of demonic possession.

One of the most common symptoms of demonic possession is a lack of self-control. This can occur if the evil spirit has control of the person’s tongue. It is also possible for demon-possessed people to become mute. In Scripture, there are several examples of people possessed by demons who were mute. In Matthew 9:33, the man was mute but miraculously spoke.

Demons also play a role in temptation. Demons have been responsible for many of mankind’s sins throughout history. However, it is important to understand that lust does not necessarily indicate demonic possession. In fact, lust is part of human nature. By blaming a demon for lust, the blame is shifted from the person himself.

In today’s world, belief in demonic possession is very widespread. According to Gallup polls, half of Americans believe in the devil, and that number is on the rise. As a result, the Catholic Church is seeing a growing demand for exorcisms. Although the church does not keep official statistics on this, exorcists say that they field more requests for help each year.

Exorcists believe that possessed people can perform supernatural acts and show superhuman strength. However, a literature review reveals that there is little evidence to support this claim. In fact, possessed people may exhibit behaviors that could be explained by a wide range of psychological explanations. As a result, the exorcism ritual may have limited therapeutic value.

Exorcism has become mainstream in Catholic, evangelical, and Pentecostal cultures. A 2013 YouGov poll found that 51% of Americans believe in demonic possession. This trend reflects the polarization of American culture. It has also played a prominent role in the recent culture war. A priest in Chicago was recently removed from his post after praying an exorcism for a three-year-old girl.

Exorcists believe that they can expel demonic forces through the Holy Spirit. The procedure includes invoking the name of Jesus Christ and the Litany of the Saints. However, the process is not always easy. In addition to praying for the victim’s protection, the exorcist must make sure that the person is truly possessed by demonic forces.

When Jesus lived, demons were often associated with mental illness and exorcism was considered a valid way to cure it. Some Jewish people also performed exorcisms. In fact, in the New Testament, an unnamed person cast out a demon in the name of Jesus. Modern liberal readers of the New Testament might prefer to consider this story as a miracle and believe that Jesus healed by faith.

Impact of demonic possession on society

Early modern accounts of demonic possession often involve a process of negotiation between the patient and society. Knowledge about possession was locally generated and spatially situated, and the experience of possession was often shared across sexes. In this article, we examine the issue of contested possession in print, by examining the author of a 1593 account of the possession of five daughters of Robert Throckmorton, who attempted to convince his readers that three witches who had been executed for murder by witchcraft were also responsible for the bewitching of the Thockmortons.

Demon-possessed people may show extraordinary physical strength and may even exhibit unusual behavior. The Bible mentions “foul spirits” in Revelation 18:2. These spirits can cause people to behave immorally or spew filth. This is why it is important to distinguish the symptoms of demonic possession from the manifestations of a disease.

Some ancient cases of demon possession can be attributed to people who have a fascination with “curious arts” and “black magic.” Demon-possessed people are more likely to live in places where the black arts are practiced, and are less common in Christian nations. Nevertheless, since the rise of Satanism and the New Age movement, evidence of demonic activity has increased in English-speaking countries.

The stories of demon-possessed people are often presented in films. Horror films like “The Exorcist” and “The Exorcism of Emily Rose” have changed society’s view of demonic possession. Originally, these films were considered obscene and offensive. Now, they are considered good in some situations.

Signs of demonic possession on atheists

If you’re an atheist, you may not know what to look for when you suspect a person of demonic possession. These are the signs that a person might be possessed by a demon. A Christian who sees these signs would be filled with smug satisfaction, while the atheist would be filled with terror and hopelessness. It would be difficult for Christians to discern whether someone is possessed by a demon, as they are not looking at the person as God does.

In a recent article, a Catholic priest and an atheist explored the phenomenon of possession. The Catholic priest and psychologist Joseph Driscoll explained the underlying reason for the phenomenon: the human mind is complex and not fully understood. In many ways, the human mind is like a mansion with many rooms and the residents are usually unknowable. The evidence supporting the demons’ claims is not convincing. The atheists, however, should not dismiss the possibility of possession.