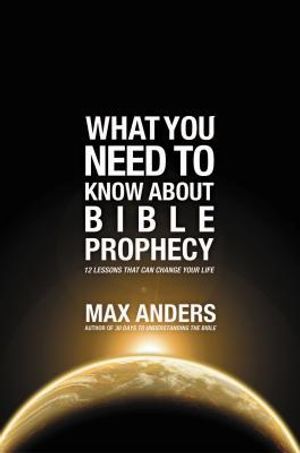 Bible prophecy is a branch of the Bible that comprises passages in which God is said to have communicated with humans through prophets. Christians and Jews claim that the biblical prophets received revelations directly from God. However, the topic is controversial. Some believe it has no basis in fact.

Bible prophecy tells us that the end-time kingdoms will be ruled by four kings. These kings are not literal, monarchical figures, but rather a description of the four world powers that will rule the world in the end. These four leaders will be united and form alliances. The prophecies of Daniel, Ezekiel, and Revelation all refer to these four world powers.

Daniel describes the first beast as a lion with wings of an eagle. Daniel cuts off his wings. The creature is then able to stand upright like a man and has a human mind. The angel who interprets Daniel’s dream tells Daniel that the four beasts represent four future kings who will rise from the earth. Daniel also describes the first beast as King Nebuchadnezzar of Babylon.

Armageddon is a Biblical term used to describe any type of catastrophic conflict resulting in the destruction of human life. It also refers to the climactic battle between the forces of good and evil, recorded in the book of Revelation. The word is derived from the Hebrew word “har-magedone,” which means “mount Megiddo.”

Although many commentators disagree on the precise meaning of this phrase, all agree that it will be the end of the world. The Bible’s word for “world” sometimes refers to the earth itself, while at other times it refers to wicked human society. Whatever the case, Armageddon will mark the end of the world, but it won’t be in the location you think.

This event must take place because Christ is coming to put down the rebellion of man. This rebellion is still being held back by the Spirit of God, but it will be removed during the Great Tribulation period. This is why Armageddon is so important. The war of Armageddon must occur.

False prophets are those who claim to speak for God, but whose actions are contrary to God’s word. They seek to spread false doctrines and slander the name of the true God. Their goal is to take advantage of the weak and vulnerable to sell their message, and often they align themselves with those who are afflicted.

In biblical prophecy, these false prophets are those who seek to confuse the elect people of God. Jesus warned the disciples to avoid these people, saying that they would try to deceive those who follow them. He further stated that no one could tell when the end times will come.

Throughout Bible prophecy, false prophets have risen to the top and are a danger to the faith of believers. Many prophets have gone out into the world to spread false information, but God has a system in place that will reveal if a particular prophet is a false one. In addition, the Bible gives prophets tests that will ensure they are honest and true.

The true prophetic message is a message that has a specific purpose. It should be in line with Scripture and must come to pass. It should also be accurate, as the true prophet’s words come from God. A false prophet will tell you something that will not happen in God’s plan.

In the Old Testament, there are also examples of false prophets who use their powers to deceive the people. One such example is the prophet Micaiah ben-Imlah.

The Bible contains several prophecies about King David and his descendants. Those prophecies refer to a future time when the descendants of David would rule over Israel forever. However, this succession of reigning Davidic kings ended when the Babylonians conquered Jerusalem, over 2,600 years ago. After this, Jesus became the last recorded king of Davidic descent, although some scholars believe that his ancestry is traced through Mary.

The Davidic dynasty is also the subject of many Old Testament prophecies about the coming Messiah. In these prophecies, the Messiah would be a descendant of King David. Therefore, the Gospels aim to highlight the fulfillment of these prophecies.

During his reign, David ruled over all of Israel and exercised justice. This was an important part of his kingship. As a judge, David ruled over Israel’s people. His family and household were renowned for their wisdom in judgment.

Unlike many prophets of the Bible, Yirmeyahu rejects the idea that the Davidic dynasty will reign forever. Instead, he stresses that the dynastic monarchy is not a given and must be accompanied by moral continuity.

During the Davidic dynasty, a revived Israel will flourish under the ideal Davidic king. Humanity will flock to Jerusalem, known as Zion. People from all over the world will learn the ways of YHWH and submit to the reigning King. This will result in a world that is peaceful and has an eschatological future.

The Four Horsemen of Bible prophecY are the demons who will reign in the last days, and the world will experience their judgment in a number of ways. The first horse is the white one, whose rider carries a sword and bow. The second horse represents war, and the third horse represents famine. World wars began in the twentieth century, and famine will continue in the final days.

The four horsemen are described as the harbingers of destruction, deception, and deprivation, and they will occur at various times. Often, however, the horsemen will appear simultaneously and not in a recognizable sequence. In fact, they can appear at any time.

The second horse is the fiery red one. This horse will bring violence to the earth and make the people of the world kill one another. It will also lead to the end of human civilization. It will not stop at war, but will also bring food shortages and pestilences.

The first horseman clearly pictures a specific person, but the other three horsemen are global conditions that have swept human society. Each one is dangerous, and each has its own effects on the world. As humans, we should not underestimate their power and influence. The Four Horsemen are the warnings we need to be vigilant about.

The first Horseman of Bible prophecy is the Antichrist. This false impostor of Christ will be given authority during the Tribulation and wage war against his opponents.