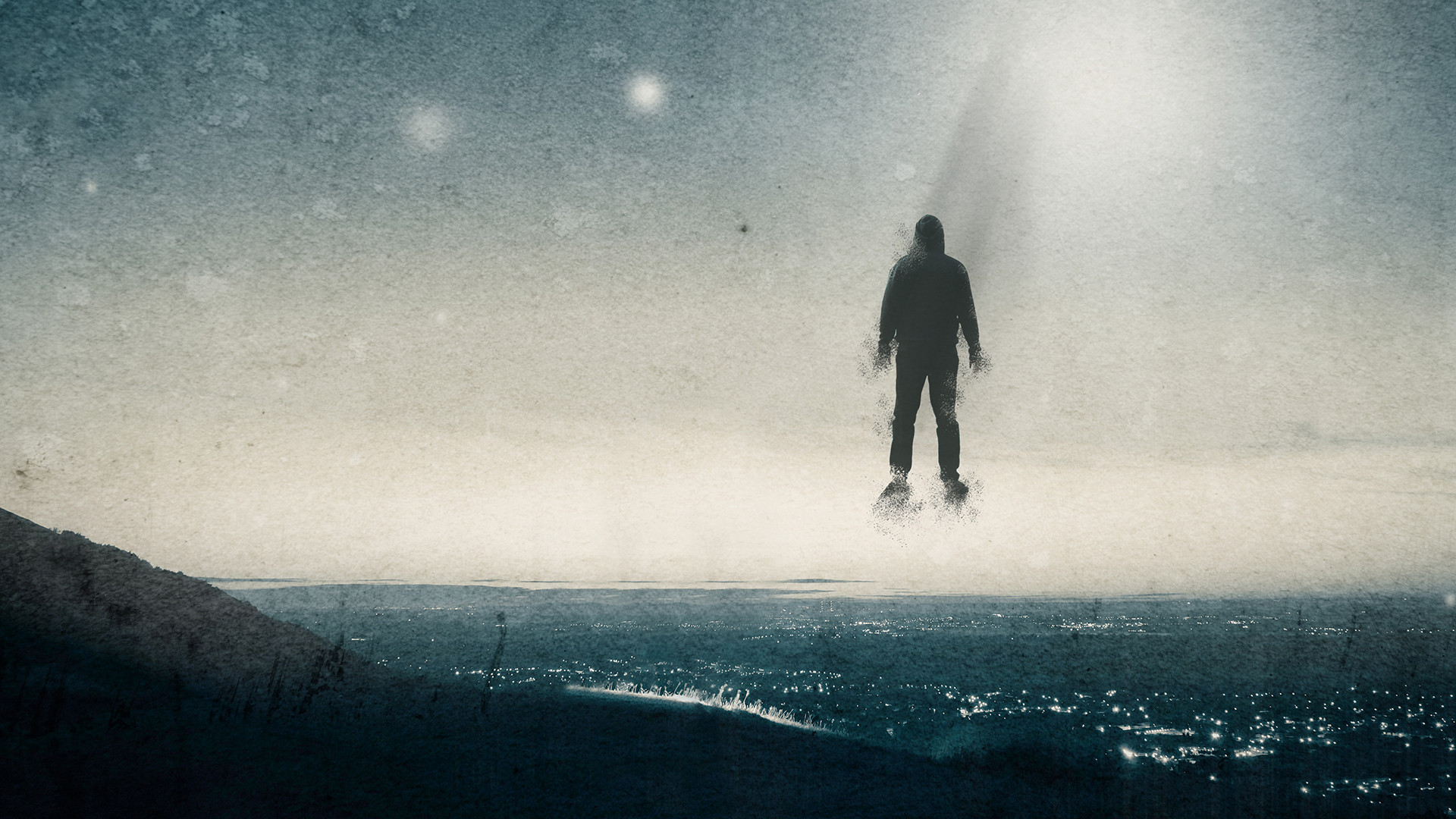 There is a history of alien abduction claims, or assertions of alien encounters, which can be traced to the 1950s and 1960s. However, some researchers argue that abduction narratives date back many decades before that time. This article discusses a few of these cases. In addition to Betty and Barney Hill, other cases include Pascagoula, Stanford, and the Dream alien story.

In 1961, social worker Betty Hill and her husband, postal worker Barney Hill, claimed that they were abducted by aliens. While driving home from their honeymoon in Montreal, they saw a spotlight and a ship hovering above their car. When the ship’s light engulfed them, they blacked out. They didn’t remember anything that happened the next two hours. Their abduction story was one of the first documented UFO abductions in history.

The Hills kept their story under wraps, however, as they were afraid to tell others. They began to develop nightmares and severe anxiety. They began to seek medical help. A Boston newspaper picked up the story and published the story. The Hill family is now famous for their story.

Their story was released to the public in 1961, and became a worldwide sensation. It inspired a book and a film, “The UFO Incident.” However, the story isn’t yet complete. Betty Hill revealed new details after Barney’s death in 1969. Her book contains new information that makes the Hill’s story more credible.

The Hill family was traveling through the White Mountains in New Hampshire when they were surprised to see something in the sky. While driving down the mountain road, Betty and Barney were able to see the object. The light moved with their car, changing direction several times. It also had a light band surrounding it. The couple pulled over and looked at the object. When Betty and Barney got out, they saw a spinning object in the sky.

The Stanford alien abduction cases are considered to be one of the best documented cases of alien abduction in history. They were both witnessed by eyewitnesses. Rymer, for example, experienced a bizarre encounter in which he felt a “voice” inside his head. This voice contradicted his conscious perception of the events. This tension between the conscious and inner self suggests that the abduction phenomenon is more than a fantasy.

These cases are not rare. The consistency of these stories is difficult to measure, but there are certain similarities. The stories often include concepts from media and popular culture. Moreover, abduction narratives have been used to inspire a sense of spirituality among people, a belief in a deeper meaning to life. In an age where globalization is destroying traditional religion, people need to feel reassured that life has a higher purpose. These stories may be fabricated to gain fame or money.

Some abductees report a child-like appearance. Some report that they were taken while sleeping. In other cases, they are induced to perform physical activities and arouse spiritual feelings. However, the experiences vary in terms of their frequency and intensity, although they usually involve invasive physical procedures. These experiences may also involve sexual liaisons and simulated behaviors.

The Pascagoula alien abduction cases drew the attention of the media, especially after two fishermen claimed to have been abducted by aliens. The two men, Charles Hickson and Calvin Parker, called the Jackson County Sheriff’s Office 47 years ago to tell them that they had been abducted by aliens. They claimed that an anonymous officer had provided them with a recording of their encounter. In addition to the audio tape, the officers also received about fifty phone calls about strange sightings in the sky.

The Pascagoula alien abduction case is a fascinating tale. The first eyewitness account was from Calvin Parker, who claimed to have been abducted by aliens in 1973. This case was the first to make headlines but gradually slipped into obscurity. But in recent years, new eyewitnesses have come forward and confirmed the incident. The story of this alien abduction is shocking and will forever change our perception of aliens on Earth.

This case has sparked several investigations. The UFO sightings became national news and a “UFO investigator” from Northwestern University flew to Pascagoula to verify them. Meanwhile, skeptics called both Parker and Hickson “liars,” saying that their accounts were highly suggestible. However, these events prompted thousands of believers to flood into the town. Some were even wrapped in aluminum foil and waited on the hoods of cars, waiting for aliens to arrive.

Many abductees report the presence of a “child” during their abduction, as well as being shown a hybrid child. These hybrid children are generally referred to as hybrid humans or Greys. Abductees also report being given tours of their captors’ ships and are often forced to undergo medical examinations.

According to one study, many people who have reported alien abductions have been in a dream-like state when they had these experiences. Some even report feeling frightened or paralyzed while in this dream-like state. Researchers tested this hypothesis by recruiting 152 adult volunteers who had a history of lucid dreaming. The volunteers were then asked to dream about alien encounters. Their dream experiences were then examined to determine if they were actually experiencing alien abductions.

According to UFO researcher Budd Hopkins, mistakes by alleged abductors may account for as many as five percent of reported abductions. A common mistake is failing to return the experiencer to the same location, or putting their clothes on the wrong way. The researchers also found that alleged abductors were likely to make mistakes while returning their captives.

While these results may indicate that the occurrence of alien abductions is possible, there are certain caveats to this theory. The first is that some cases are simply misremembered. If the dreamer had an alien abduction while asleep, the experience may have been a result of a subconscious attempt to avoid facing reality. In the case of UFO-related dreams, the experience is sometimes so intense that the person is likely to believe the encounter was real.

Although alien abduction experiences are not always a sign of psychopathology, many cases are a result of a deliberate hoax. Nevertheless, the psychological effects of alien abduction experiences are real, and they can affect a person’s health in the long run. For example, those who report a close encounter with an alien are often affected by post-traumatic stress disorder, sleep paralysis, dissociation, and hallucinations.

Hallucinations can occur during REM sleep, or rapid eye movement sleep. During this stage, a person is partly conscious but not fully awake. During this time, dreams and hallucinations often intercede with reality. In fact, up to 30% of the population experiences sleep-paralysis, and 5% of people experience hypnopompic hallucinations.

Some of the most famous abduction experiences came after Hill’s story became well known. In particular, the Hill case prompted a wave of interest in alien abduction cases. It was the first case to bring these experiences into the public’s consciousness. As a result, other abduction experiences followed. These later accounts often incorporated other elements, such as medical examinations, flashbacks, and missing time.

Many psychologists believe that hallucinations and sleep paralysis play a role in alien abduction cases. They also believe that leading questions asked during hypnosis can affect abduction experiences. In addition, the most common predictor of false recall is vivid imagination. People who have vivid imaginations are more likely to believe in ghosts, tarot readings, and other paranormal phenomena.

Sleep paralysis is a condition that happens during sleep, where the body and mind disconnect. People who experience this condition report experiencing a malevolent presence that is impossible to recognize. They often describe this presence as sitting by or standing next to them. In some cases, this presence may have been a ghost or giant devil.

Researchers have been studying alien encounters since the 19th century. Their work has shown that some of these encounters are related to dissociative REM sleep states, including lucid dreams, out-of-body experiences, and sleep paralysis. This theory has been tested with a 2021 study that used lucid dreaming to replicate alleged alien abduction experiences. The study involved 114 people who were asked to describe an alien encounter. In 20% of successful cases, the encounters were very close to reality.