Home Product Reviews UFO Sightings in the 1950s and Today 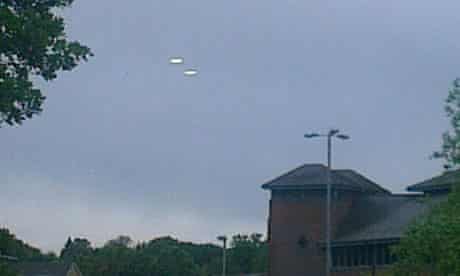 In the 1950s, UFO sightings were common near Area 51 and the Nevada Test and Training Range. On March 4, 2019, two triangular UFOs with three blue lights flew over the countryside in Cheyenne, Wyoming. And in early March 2019, two multicolored lights were seen traveling north over Riverton, Wyoming. While the odds of seeing a UFO today are slim, in the 1950s, the odds were significantly higher.

A Nevada billionaire, Robert Bigelow, has spent millions of dollars on UFO research. He’s even used his political influence to push UFO research in the government. He convinced then-Sen. Harry Reid to fund a secret UFO investigation program. The program, called Advanced Aerospace Threat Identification, looked into UFO sightings from 2007 to 2012. The money was only revealed after a 2017 New York Times investigation, and Reid later said he regretted the funding.

While the project was plagued by political infighting, Bigelow was able to convince the Pentagon to fund it by modifying two buildings. He also obtained documents that reported UFO sightings. In addition, he studied videos of encounters between unknown objects and American military aircraft. For example, a video from 2004 shows a whitish oval object being chased by two Navy F/A-18F fighter jets.

While there’s no definitive evidence that Bigelow was involved in UFO sightings, the Pentagon’s videos involving US Navy fighter pilots reportedly set off the current resurgence in UFO investigation. These videos were reported on the front page of the New York Times, and Gideon Lewis-Kraus wrote about them in The New Yorker.

The findings of the OSI Study Group were similar to those of Air Force projects SIGN, GRUDGE, and OSI Study Group. All of these reports concluded that the UFO reports posed no direct threat to national security and there was no evidence of extraterrestrial visits.

In the early 1950s, the U.S. government started Project Blue Book to investigate UFO sightings. The program was funded by the Air Force and had a short lifespan. Its investigations were highly controversial, and its members often faced heavy scrutiny. As the number of reports of UFO sightings rose, the Air Force weighed whether the program should continue or close. But the air force’s interest in the UFO phenomenon did not diminish after the end of Project Blue Book.

During its first 17 years, Project Blue Book collected and cataloged over 12,618 UFO sightings. It classified about ninety percent of sightings as “identified,” meaning that the objects were caused by an artificial or astronomical phenomenon. In the remaining 700 cases, the cause could not be determined.

In the summer of 1947, the UFO craze began. After Annie Jacobsen published her book on Area 51 in Nevada, the Air Force established Project Blue Book. Initially, the program was headed by Captain Edward J. Ruppelt and was a follow-up to the earlier Project Sign and Project Grudge, which had uncovered a number of UFO sightings in the United States.

In 1958, the Air Force established another committee to review the findings of Project Blue Book. This panel comprised of scientists and academics. The panel’s findings were published as Scientific Study of Unidentified Flying Objects. It was also known as the Condon Report, after physicist Edward U. Condon, who led the panel. The report was reviewed by a special committee of the National Academy of Sciences. The report was composed of 37 chapters written by 37 scientists.

Despite this success, Project Blue Book was eventually closed. Its findings were controversial and many “ufologists” became dissatisfied with the findings of the government. Hynek, who served as an adviser on the program, went on to found the Center for UFO Studies, which continues to evaluate UFO sightings for evidence of extraterrestrial activity.

UAPs have long been suspected of causing aircraft accidents and have been implicated in numerous near-collisions with U.S. military aircraft. While reports of UAP sightings have increased in recent years, the reality is much more complicated. Some UAP sightings have been classified, while others have been deemed to be mirages caused by camera or radar flaws. While this debate continues, UAPs and their impact on aviation safety should be taken seriously.

Although the DNI’s report cited five potential explanations, there was no conclusive evidence for any of them. Military aircraft systems have processed radio frequency energy associated with UAP sightings, but their findings are still inconclusive. Further, military aircraft systems have yet to discover wreckage that does not match the corresponding terrestrial-based theories.

While UAP research does not exactly resemble traditional scientific studies, the creation of a task force would enable investigators to quantify and analyze large amounts of data. The group would also be able to evaluate current military and sensor capabilities. This task force would be helpful in ensuring unbiased research in this field.

The Pentagon has set up a task force to investigate unidentified aerial phenomena (UAP) sightings. Its aim is to gather information about UAPs to protect the nation. The office was established after a congressional mandate to produce a report on UAPs. Its report was released in June last year.

During the past decade, the U.S. Department of Defense and Navy have been quietly cataloging and investigating UFO encounters. In 2017, when videos of such encounters began to circulate, Congress called on the Pentagon to release documents related to the subject of UFOs. Now, these documents are available for download.

Documentation of UFO encounters is increasing, with reports of UFO sightings becoming increasingly common. Some witnesses report encounters with a silvery suit at the depths of Lake Baikal. The Mexican Air Force also released footage showing a fleet of UFOs. Many individuals have reported encounters with UFOs, and now, it is no longer possible to keep such encounters secret.

The UFO movement has split into two factions: one group has a scientific agenda and the other is inspired by new age ideas. In most countries, early contactees were part of the new age movement. In Sweden, a formal UFO society was founded in the 1950s, with esotericists influencing the group. Edith Nicolaisen, who founded the new age publishing house Parthenon in 1957, was an important influence on the UFO movement. She had a close relationship with Danish liberal Catholic Bishop Otto Viking.

While the United States is largely skeptical of UFO reports, other countries are taking the phenomenon seriously. Both Russia and China have launched ambitious projects to make “first contact” with aliens. In addition to Russia, several northern European nations are taking the phenomenon more seriously than the U.S. government. In the meantime, the Chinese government has built the largest radio dish in the world, more than twice as large as the U.S. government’s observatory in the jungles of Puerto Rico.

UFO sightings have a long and storied history. The Bible Book of Ezekiel describes a strange craft seen in Chaldea. Strange sightings were also noted around Rome in 218 B.C., in fourth century China, and in Germany in 1561. Some witnesses claim to have seen a “moon boat” floating over the city every 12 years. Then there were the countless sightings during World War II. Allied pilots even dubbed them “foo fighters.”

In a recent study, NASA will launch a new study on the phenomenon of unidentified aerial phenomena. This study will include a team of leading scientists and will last about nine months. Its goal is to identify the existing data and develop future methods to gather more data. Once complete, this study will help move scientific understanding forward.

There are many witnesses to UFO sightings, and these stories are often reported in local media. Some claim that they were abducted by aliens. A famous incident from 1947 involved an amateur pilot named Kenneth Arnold. Arnold reported the sighting to a newspaper, describing it as “unidentified flying objects.” In the 1950s, another sighting was in Baltimore County.

Since then, the interest in UFOs has skyrocketed. After the Pentagon confirmed the existence of videos of UFOs in an official Pentagon program, interest in the phenomenon has grown immensely. The government also established an office that tracks unexplained aerial phenomena. The Pentagon’s new program aims to examine these reports and provide answers to the questions posed by the public.

The National UFO Reporting Center (NUFORC) website was established in 1974 to collect data about UFO sightings. Since then, over 90,000 sightings have been documented by the organization. However, the vast majority of these reports can be explained away as weather balloons, military tests, or terrestrial activity. The National UFO Reporting Center claims that many more people have witnessed UFOs than are willing to report them.