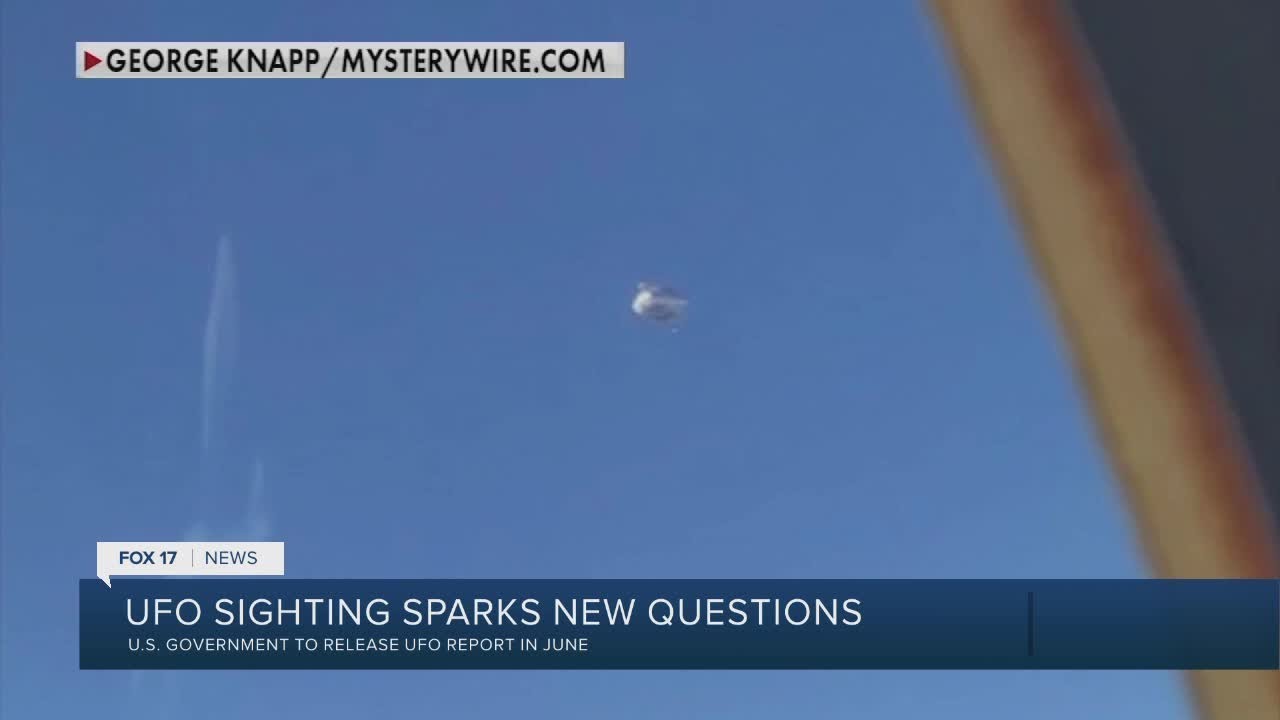 A UFO sighting can be very strange and unsettling. There are several different types of sightings, ranging from the easily explainable to the enigmatic. One of the most recent sightings involved a trail of lights that moved fast. While the lights may have looked like UFOs, they were actually StarLink internet satellites from SpaceX. Another recent sighting involved a triangular craft with red lights that hovered in the sky in Hamilton.

UFOs have been spotted in every state in the country

According to the National UFO Reporting Center, UFO sightings have occurred in every state of the United States. However, the reporting level of UFOs varies greatly between states. Generally, sightings are much higher in northern states, as people spend more time outside during the warmer months. In Cheyenne, for instance, a resident reported seeing a triangular UFO in the sky, accompanied by flashing lights. Likewise, in early March 2019, a multicolored light was seen traveling north over Riverton.

There are several UFO sightings in New Jersey that have multiple witnesses. One of these sightings involved a massive flying V that was seen by hundreds of motorists. Another sighting occurred in Staten Island in July 2001, when onlookers reported seeing a bright blue object. A lieutenant from the Carteret police department described the sighting as a “double-flying object.” On April 4, 2019, two UFO sightings were reported to the National UFO Reporting Center.

Another notable case is the one in Alaska, where a video was taken by Adonus Baugh. Another resident of the city of Anchorage caught similar pictures. A spokeswoman at the Joint Base Elmendorf-Richardson in Anchorage said that the objects were not aircraft from the base. In Montana, Nick Mariana recorded footage of two silver aircraft spinning in mid-air over Great Falls, Montana. His footage was examined by a governmental panel in 1953.

According to surveys by the National UFO Reporting Center, Washington has the highest number of UFO sightings per capita. The state has reported over six thousand sightings to the organization since 1974, which is nearly double the rate of any other state.

They are linked to terrestrial or celestial phenomena

A panel of scientists recently reviewed the evidence surrounding UFO sightings and concluded that some of these sightings are accompanied by definite physical evidence and warrant further scientific study. However, they found that the evidence was insufficient to prove that UFOs were alien spacecraft or that they violated any natural law.

According to the ODNI report, UFOs have no earthly origin, and are most likely airborne clutter or a governmental project. However, the US government has recently renewed its interest in investigating UAP after watching a video of an unidentified aerial object over the Pacific Ocean in May 2017.

UFOs have also been linked to various types of secret rocket tests and military activities. For instance, in 1947, Kenneth Arnold claimed to have witnessed nine objects that were flying hundreds of miles per hour near Mount Rainier in Washington. According to Arnold, the objects were skipping the water and appeared to be saucer-shaped. A newspaper report also claimed that the objects were saucer-shaped.

In addition to UFOs, many individuals have reported contact events with extraterrestrials. However, the credibility of this theory has been questioned by most psychologists. Some researchers have argued that these events are the result of sleep paralysis.

They are largely unresolved

Although the UFO phenomenon is not completely understood, thousands of people have reported sightings. These incidents have prompted the government to take a serious look at them. The Pentagon’s UFO study is a prime example of this. It was first undertaken in the 1950s and is still largely unresolved.

According to a government report, most UFO sightings are mundane or unresolved. In fact, more often than not, these sightings do not have a definite explanation, leaving the public to speculate. However, the military and the government do have procedures for reporting UAPs to the relevant authorities. They have outlined a step-by-step procedure to report sightings.

The scientific community has a different perspective. Some UFOlogists believe that UFOs are a real phenomenon, which means they are not the product of a hoax. The Scientific Coalition for UFOlogy is an organization comprised of 45 scientists who are experts in UFOlogy. Founded in 2017, the group has members from the European Space Agency and NASA.

The UFO phenomenon has fascinated mankind for centuries. However, it is still widely unresolved, and many cases of UFOs have not been properly investigated. However, there are various theories describing how these phenomena can be explained. For example, the spooky apparitions of the early twentieth century could have been lightning sprites or weather balloons. A French UFO research group calculated that around 3.5 percent of the sightings remained unidentified.

They have been debunked

According to a new US government report, UFOs are not extraterrestrial but are possibly the products of foreign technology. The report, leaked earlier this month, looked into recent reports of UFO sightings. It analyzed data from fighter aircraft instruments and pilots’ naked eyes, as well as reports from pilots themselves. It found that many pilots had reported seeing the mysterious objects.

The New York Times article mentioned that a classified annex to the final report contained information that was deemed “unfit for public release.” The report left enough room for the UFO advocates to believe that the sightings were real. In other words, it is difficult to say for sure, but many witnesses to these sightings say they believe in UFOs.

There have been multiple reports of UFO sightings in New Jersey. In one case, a UFO appeared alongside fighter jets. It was accompanied by a blue haze in the sky. Another case involved a UFO sighted in the Hudson Valley in 1982. The craft, which was shaped like a V, was observed to move intentionally without sound.

The first documented image of a UFO was photographed in 1870 near Mount Washington, New Hampshire. Another reported sighting happened on Mount Rainier in 1947, and there have been numerous sightings in Roswell, New Mexico. In fact, countless reports of odd shapes in the sky have been exhaustively investigated. No one has been able to explain these sightings.

They are still being investigated

The UFO craze started in the summer of 1947 when author Annie Jacobsen published her book on Area 51 in Nevada. The Air Force started a program to investigate UFO sightings and other strange phenomena. This program, called Project BLUE BOOK, investigated 12,618 reported sightings over a two-decade period. By the end of the program, the government was able to positively identify terrestrial origins for all but 701 of these incidents.

One way to investigate UFO sightings is to study the video footage taken by the USS Russell. The crew used a night scope to capture footage of a mysterious object. The footage showed what appeared to be pyramid-shaped objects. The crew of the USS Russell then compared this video with video footage taken from another Navy asset. In both cases, the pyramid-shaped objects looked similar.

The Pentagon has been quietly cataloguing UAP for over a decade. However, the recent leak of a classified report by the US government suggests that these mysterious objects are not extraterrestrial in origin. Instead, they may be foreign technology used by advanced civilizations.