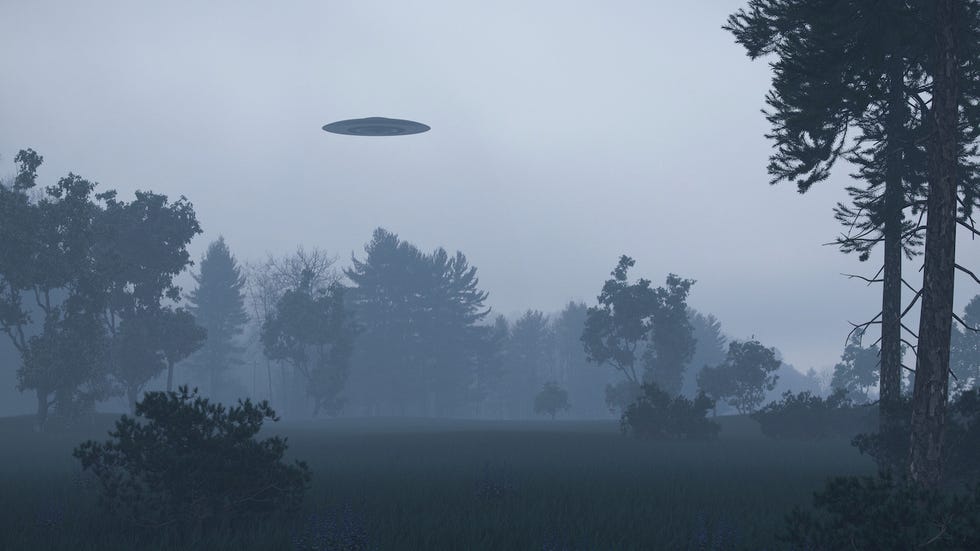 In the 1960s and 1970s, there were many reports of UFO sightings, with some being merely weather balloons, Zeppelins, cloud formations, or even experimental aircraft developed by the US Air Force during the Cold War. Others were alleged sightings of Martians hovering over sparsely populated areas of Earth. With the sighting of saucer-shaped objects, however, the UFO craze began.

Project Blue Book is a blending of authentic historical events and UFO theories, a book for the curious mind. Its storyline follows Dr. J. Allen Hynek, a brilliant college professor who is recruited by the U.S. Air Force to investigate UFO sightings. He believes the government is hiding the truth, but also thinks there are some real events that are happening that are causing UFO sightings.

The purpose of Project Blue Book was to investigate UFO sightings by using the scientific method. This would allow researchers to determine whether or not UFOs were real and posed a threat to national security. The team, headed by Dr. Hynek, also investigated several UFO incidents throughout the country.

The organization’s investigations resulted in 700 Project Blue Book entries that had been deemed “unexplainable” by investigators. Most of these entries were categorized as such because the data and evidence presented were insufficient to support a conclusive conclusion. One of these cases involved a police officer in Socorro, New Mexico, who stopped his pursuit of a criminal after spotting a strange aircraft over the town. He subsequently saw two child-sized beings exiting a craft. However, Project Blue Book found no evidence of any such encounter, and ruled the encounter “unexplained.”

Although there was no concrete evidence of extraterrestrials, many still believe that UFOs exist. The Project Blue Book was started as a secret investigation by the Air Force, but it has since turned into a public relations organization with a debunking mission. As a result, the number of unsolved cases has decreased significantly over time.

After the release of Project Sign, many top intelligence specialists at ATIC no longer worked on Project Grudge. Some changed their mind about UFOs, while others continued to hold onto their old beliefs. But even though the Pentagon is no longer sympathetic to the cause of UFOs, some scientists in ATIC decided to stick with their original beliefs.

While Project Grudge is widely believed to be responsible for the emergence of UFOs in the public consciousness, it is not the only cause of UFO sightings. There is a psychological explanation for these reports. For example, it has been suggested that spots in the front of the eye are caused by minute solid particles floating in eye fluid. These tiny particles cast shadows on the retina.

In 1951, the Fort Monmouth UFO sighting was one of the most important in reviving the Air Force’s investigation into UFOs. During a demonstration of radar equipment for Army dignitaries, a technician operating the equipment noticed a low-flying unknown object. This object was moving faster than the radar set’s automatic setting mode could plot. It was estimated to be moving at 700 mph, which was well above the speed of jet aircraft at that time.

After its second season ended in a cliffhanger, the History Channel has decided to cancel Project Blue Book. Despite the cancellation, show executives have said the third season is ready to go. They say the series is a hit, and they’d like to continue working on it.

In 1956, UFO cases had dropped to just 0.4 percent, and the Air Force began a secret investigation. However, as the years passed, Blue Book had become a public relations operation with a debunking mandate. Its budget and personnel were increased, but the effects were short-lived.

Project Blue Book was created to investigate the UFO phenomenon. In the United States, the government commissioned the project in order to reduce the number of unidentified flying objects in the skies. It began gathering reports on more than 12,000 sightings before being shut down in 1969. However, many of these cases were never investigated and the dismantling of the project was a significant setback.

Despite the public outcry, Project Blue Book has had a controversial past. The dismantling of the project in 1969 came amid the release of the Condon Report and the reduction of UFO sightings. Many UFO sightings were ruled as the result of natural phenomena. However, the truth remains unknown.

The Air Force was in charge of the project to collect information on flying saucers. Initially known as Project Sign, it eventually evolved into Project Grudge and Project Twinkle before settling on Project Blue Book in 1952. The first report of UFO sightings by a military pilot was republished in the local newspaper, which sparked high-level interest in the investigation. This led to the reorganization of the program into Project Blue Book, which continued until 1966.

Despite the controversy, the reports produced by Project Grudge were not the solution to the UFO problem. They classified a majority of sightings as misidentifications of known objects and hoaxes. The rest of the reports were classified as unexplained UFOs. Moreover, the reports did not contain the detailed information that the public needed to understand the phenomenon.

Project Grudge was an attempt to investigate the UFO phenomenon. It was meant to find and document proof of these objects and put an end to reports of them. The organization’s leader, Dr. Hynek, was in charge of the project and hoped that it would end reports. However, the organization failed to meet its goal.

During the 1950s, a new wave of UFO sightings spurred the Air Force to reactivate its interest in the phenomenon. A new team of researchers was established, and Grudge was renamed “Project Blue Book”. During this time, the group under Ruppelt produced some of its most successful and open-minded work.

Project Grudge, or the Unidentified Flying Object project, was an Air Force investigation into UFO sightings. It was launched in February 1949 and succeeded Project Sign. Project Grudge was a debunking mission and concluded that most UFO sightings were natural phenomena. It is not clear how many of the reports were true, but it was estimated that about 23 percent of the sightings were not explained.

The United States Air Force investigated a total of 12,618 UFO reports from 1947 to 1969. The investigations began with Project Sign, which was headquartered at Wright-Patterson Air Force Base in Dayton, OH. Project Grudge was the scaled-down continuation of Project Sign. The Air Force also conducted a study called Project Blue Book, which lasted from March 1952 to December 1969.