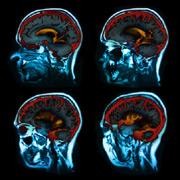 Sensory deprivation during out of bodies is a process in which the brain is denied sensory information. This can occur naturally or in an experimental setting. It can affect the brain’s development and behavior. Studies have examined the effects of sensory deprivation in higher vertebrates, congenitally blind and deaf individuals, and in a wide variety of other systems. These studies also consider how sensory deprivation alters neuronal activity, synapses, and distributed representations.

Despite the widespread belief that OBEs are dangerous, most researchers believe that this phenomenon is not dangerous. However, some people have reported feeling dizzy and disoriented after having an OBE. In addition, some may experience persistent anxiety or worry about repeating the experience. Moreover, some people claim that their consciousness stays trapped outside their bodies even after an OBE, but there are no scientific studies demonstrating this.

A recent study by the University of Birmingham involved 63 healthy people, including 17 people who reported an out of body experience. The researchers tested the participants by having them try to identify which hand was wearing jewelry. The participants reported difficulty with these tasks, which indicates that sensory deprivation during an out of body experience can cause some difficulties in recognizing a person’s body’s position.

Although OBEs can be induced by electrical stimulation of certain brain areas, this method has not yet been proven to be effective. In addition, the induced experiences did not have the clarity of an ordinary OBE. Furthermore, they were reported by subjects who had never had an OBE before, so the authenticity of these experiences can be questioned.

Scientists have not yet proved that OBEs are caused by a lack of oxygen in the brain, but they do suspect that neural processes can go awry. Insufficient amounts of oxygen in the brain can interfere with sensory functions, as well as neurochemicals released during trauma. This can cause people to report seeing themselves floating above the body and floating close to the ceiling. While no definitive evidence exists for OBEs, millions of people have reported experiencing them.

The brain is the center of the nervous system, so it needs a significant amount of oxygen to function properly. Without adequate oxygen, brain cells start dying. This can cause seizures, disorientation, and breathing problems. In extreme cases, people may not respond to simple commands.

While out-of-body experiences are extremely rare, many individuals report experiencing them. The experience is generally associated with traumatic events and illnesses. British and Swiss researchers published their results in the academic journal Science.

During astral projection, you are able to explore unfamiliar places and new details. To increase the chances of success, start with astral projection practice early in the morning. It is easier to achieve a high state of relaxation and heightened awareness during the dawn. However, you can also try astral travel at other times. Firstly, you need to create the right atmosphere. Secondly, make sure that you are in deep relaxation. You may need to lie down for a few minutes to get into the right state of mind.

Astral projection has a religious background and traces its history to many ancient texts. The ancient Egyptians, for example, had a concept of an “astral body” that existed separate from the physical body. They believed the soul was divided into eight separate parts, including the “Ba.” The “Ba” component was the closest to the Western conception of the soul.

Veridical perception is one of the most controversial claims in the field of out-of-body experiences (OBE). Veridical perception claims that the viewer can float out of their bodies while experiencing OBEs. One famous example of this claim involves the case of Pam Reynolds, who underwent a highly invasive brain surgery. She allegedly “surveyed” the surgery while experiencing an out-of-body experience. Her story has been used by proponents of the afterlife as proof that a person can “float” beyond the body.

Associative experiences during out of body experiences (OBEs) have been reported by more than five percent of people. Some of these experiences are significant and can have lingering emotional effects. After an OBE, people may feel disoriented and dizzy. They may also wonder if their brain is having problems. Many also worry that the experience will repeat itself. Though some people claim to be able to continue to experience these experiences, research has not proven this yet.

In addition to studying participants’ perceptions during out of body experiences, some researchers have also used artificial methods to induce them. For example, the Karolinska Institute in Stockholm used goggles that showed the perspective of a camera that was placed behind the volunteers’ bodies. The researchers then prodded the camera using a baton to induce the volunteers to imagine floating behind their bodies. The volunteers reported feeling that they had experienced an “out of body” experience. This suggests that the center of identity is outside the physical body, although it can be very close.

Researchers have also found that people with other perceptual anomalies are more likely to report an out of body experience. This is likely due to their brain’s attempt to make sense of space. Normally, the brain automatically constructs a bird’s eye model of space, and perturbations in brain activity may cause this model to take over.