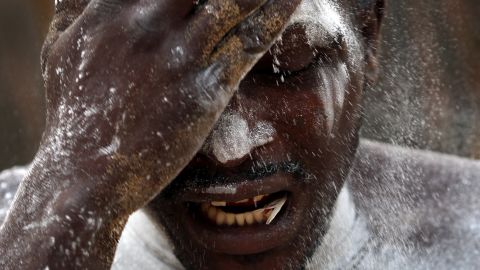 Recent research has revealed a common link between demonic possession and trauma. A recent study of possessed females in Sudan found that they often underwent pharaonic circumcision, a form of female genital mutilation. In her study, Boddy describes this culture as one of “extreme physical, emotional, and spiritual pain.” In addition, health workers and counselors in Uganda have reported links between traumatic events and possession. Furthermore, Van Duijl et al. (2010) found that the presence of trauma is a general predictor of dissociative phenomena, including possession.

Clinical diagnostic interviews are crucial to understand the psychiatric symptoms of possessed individuals. Researchers also recommend detailed qualitative research in different groups to investigate the complexity of sudden personality changes and alterations in consciousness. In addition, Pietkiewicz, Lecoq-Bamboche, and Van der Hart suggest examining the symptoms of possession in relation to other symptoms and intrapsychic conflicts.

During this study, a Ugandan research assistant conducted interviews in the local language of possessed patients. She interviewed 119 possessed individuals. The group consisted of 45% males and 55% females. The mean age was 38.4 years and 23% of the participants were illiterate.

It is a form of mental illness

The experience of being “possessed” has different meanings in different cultures. However, possession states have been documented worldwide. According to a survey by Bourgignon, 90 percent of the 488 societies studied had a practice of institutionalizing altered states of consciousness and 252 of those societies attributed these states to possession.

Throughout history, the condition has been a source of great debate. It has been interpreted by anthropologists in a number of cultures, and has been attributed to various causes, including fraud, chicanery, and mental illness. Nevertheless, anthropologists agree that nearly all cultures have believed in spirits and have documented stories of possession. This cumulative evidence lends credibility to the phenomenon.

It appears that demonic possession is a reality in every country, and demons have a foothold in every country. It is estimated that approximately one percent of the world’s population is demon-possessed. This is about as high a rate as the Lord will allow, at this time. In the United States, 3.5 million people are thought to suffer from some form of schizophrenia, and many of these people hear voices in their head. In most cases, these voices are malevolent.

The medical establishment argues that demon possession is a natural process involving a person’s mind. This approach has historical precedent, and it gained popularity during the Enlightenment in the early 1700’s. It has since held sway in post-Christian institutions and societies.

The onset of a demon assault is not related to any sin committed by the person being possessed. For example, the disciples of Jesus asked, “Why is a blind man born blind?” They replied that neither the man nor his parents had sinned. Instead, the blind man’s situation was due to the works of God. In the same way, God allows demonic possession to occur across entire populations for His greater glory and grace.

It is a form of spiritual care

Some cultures have traditions of spiritual care and possession by spirits. In Puerto Rico, for example, the practice of spiritism is common, which teaches that the soul is immortal and can communicate with the dead. In some other cultures, a spirit can possess a living person and control their behavior. The pastor in the woman’s case suggested that the spirit was possessed by a demon, and the woman stopped taking her medication and subsequently killed her daughter.

There are many ways to recognize a person with demonic possession. The most common symptoms include dream-like experiences, unbidden thoughts, and visions. Some people may also have friends or family members report observing a person in a possessed state. It’s important to recognize that a person possessed by a spirit does not respond well to traditional treatment.

Demonic possession is an ancient belief that has recently gained a revival in Christian conservative and charismatic groups. In fact, the International Association of Exorcists, an association of exorcists founded in Rome in 1992, received canon law recognition from the Holy See in 2014. Their goal is to provide spiritual care to those suffering from demonic possession.

While it is true that a person who claims to be possessed may be suffering from a mental health disorder, it is equally true that they may not be possessed by demons. Demons are notoriously secretive and they seldom make claims. While prayer and medicine can help ease the symptoms of schizophrenia, neither can they cure demonic possession.

Psychoanalysts generally deny the existence of demonic possession. However, this does not mean that the phenomenon does not exist. While it may be difficult to believe in, it has been recorded throughout history. During the ancient times, people believed that people could be possessed by demonic entities. In fact, if you study the history of mankind, you will find that most of the civilizations have believed in demons, so there is no need for doctors to rule out the possibility.

Demonic possession is an affliction of the Christian faith. According to Christian tradition, demons are personal, living beings that possess humans. In the New Testament, the demons are represented as human beings with human characteristics. Christ is the only person who can destroy demons.

The academic community has begun to take an interest in demonic possession as an affliction of the spirit world. This includes a Yale Divinity School professor with a background in theology and medicine. She says she has no intention of proving or disproving the existence of spirits, but wants to use academic rigor to review the belief in spirits.

It is treated with ritual exorcism

A traditional exorcism usually takes about an hour to complete. During the procedure, the exorcist sprinkles holy water on the person in possession and kneels to recite the Litany of the Saints. After this, the exorcist addresses the demons and sets the ground rules for the exorcism. The exorcist works with the authority of God and Jesus Christ.

In recent years, the practice of ritual exorcism has become more popular among people seeking help for demonic possession. The practice has been around for centuries, but has recently gained new life in the modern world. In a recent case, a priest received a call from Louisa Muskovits, who appeared to be suffering from a panic attack. She was an alcohol abuser and had recently separated from her husband Steven. Her condition caused her to hyperventilate, a typical symptom of a panic attack.