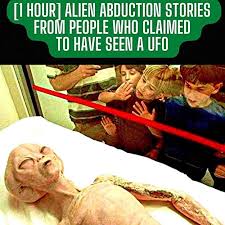 A history of alien abduction claims describes the assertions made by individuals who claim to have been abducted by aliens. These assertions first gained public attention in the 1950s and 1960s, although some researchers claim that abduction narratives may have been around decades earlier. However, a lot of these cases are still unsolved mysteries.

Despite the widespread public interest in UFOs and aliens, many psychologists are skeptical of these cases and prefer to provide a more scientific explanation. In fact, some psychologists think that their findings are more likely to be correct than other people’s. However, many abductees have a strong sense of paranormal phenomena. Some have reported hallucinations, sleep paralysis, and a tendency to dissociate.

Psychopathology of alien abduction cases includes the relationship between false memories and psychological disorders. Some victims report experiencing intense emotional distress, which can be exacerbated by therapists’ attempts to rationalize their experiences. They are often misdiagnosed, and the therapist’s assumptive interpretation may lead to further traumatization.

The phenomenon of sleep paralysis has long been associated with the supernatural. The occurrence of this condition can cause people to feel extremely vulnerable and uncomfortable during sleep. This sensation is often accompanied by disorientation and hallucinations. Those who have experienced it may also have developed supernatural beliefs. By understanding the phenomenon, people can minimize their fear.

Sleep paralysis is a common phenomenon. It is a condition that causes cognitive and physiological desynchronisation, and people who have experienced it are unable to move for several seconds. These individuals also report specific hallucinations, including visions of flashing lights, buzzing noises, electrical tingling sensations, or feeling like they are levitating.

In many cases, people who experience this state are able to describe the experience vividly. The symptoms can range from visual hallucinations to delusions of an evil presence. Those who have experienced this condition often report intense anxiety and restlessness. However, the experiences are not always associated with a demon, and the individual may still be able to communicate with those around them. They may also feel a sense of impending death.

The symptoms of sleep paralysis are related to REM sleep states. Specifically, sleep paralysis is a disorder whereby people lose control of their muscles. Sleep paralysis can be triggered by sleep deprivation, which is common in people suffering from psychiatric conditions. The disorder is also common in patients with narcolepsy, which is characterized by excessive daytime sleepiness.

Some cases of alien abduction have been characterized by thermal burns that occur after the abduction. One such case involves an Indiana farmer who was severely burned by a UFO that hovered over his farm. Rene Gilham spent two days in the hospital following the incident. Although some alien abduction cases are simply paranormal incidents, some cases are more likely to involve aliens.